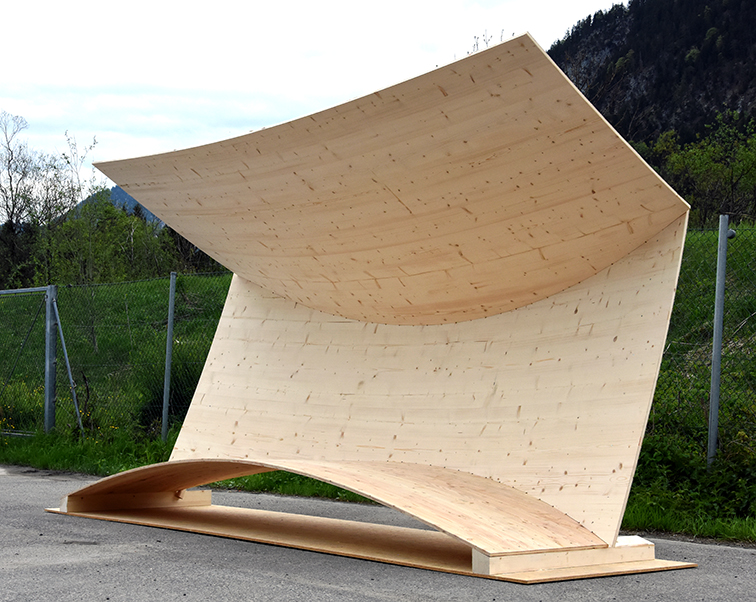 Scientists and professionals explored the relation between digital methods, curved folding, active bending as well as digital- and physical fabrication methods, during a three-day workshop held at the timber construction company Saurer.

One aim of the workshop was an improvement in communication between designers and the carpenters unit, by understanding the counterpart’s process through a commonly solved task. As carpentry has a high level of complex geometry as well as a high level of automated fabrication, the workshop organisers looked for a complex geometric, structural and fabrication problem that could only be solved in three days with a resilient digital process. In contrast to a classical approach, that uses a given geometry to generate the digital information for the manufacturing after a standardised procedure, this method designs and generates a flexible process implementing, geometry, structural performance and fabrication data. The workshop participants investigated exemplarily the relation between isometric curved folding, its structural potentials in relation with active bending as well as the digital and physical fabrication constraints.

The prototype shows the advantages of folding inspired bent elements, stabilised through assembly in a simple but effective manner. Not only the simplification in fabrication and assembly, as well as its augmented structural performance through the bent plates should be pointed out here. This first experiment made from 19mm plywood, can be seen as the beginning of a deeper investigation within this field. 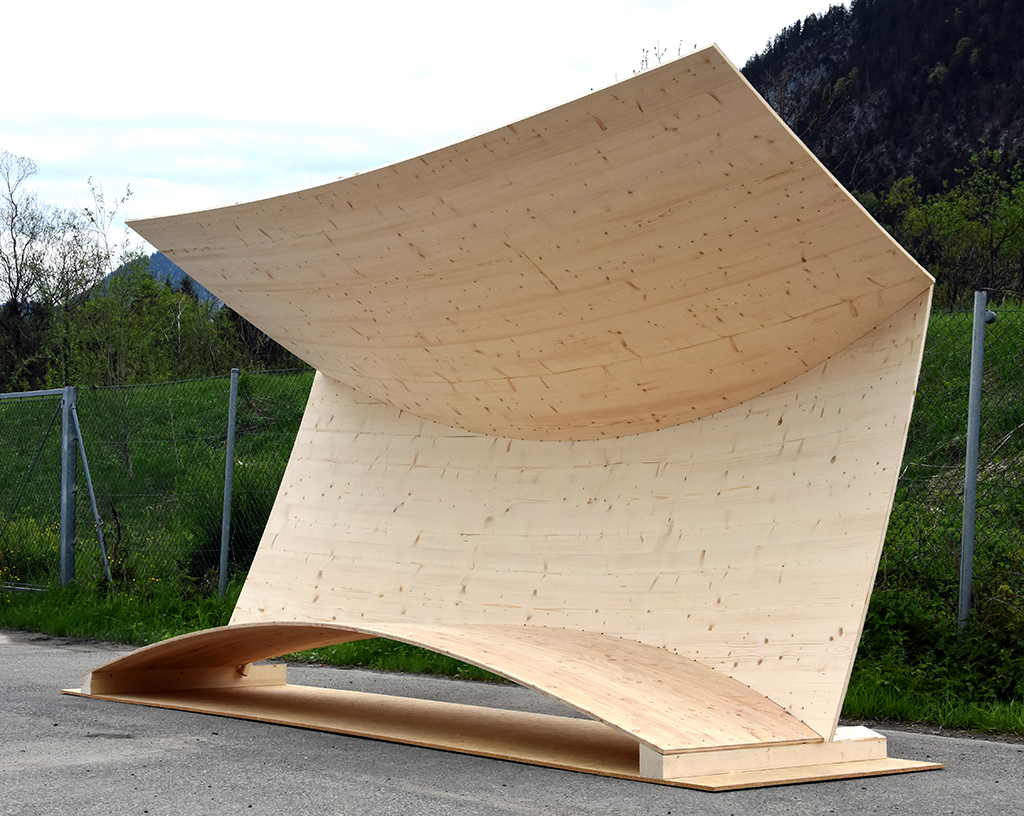 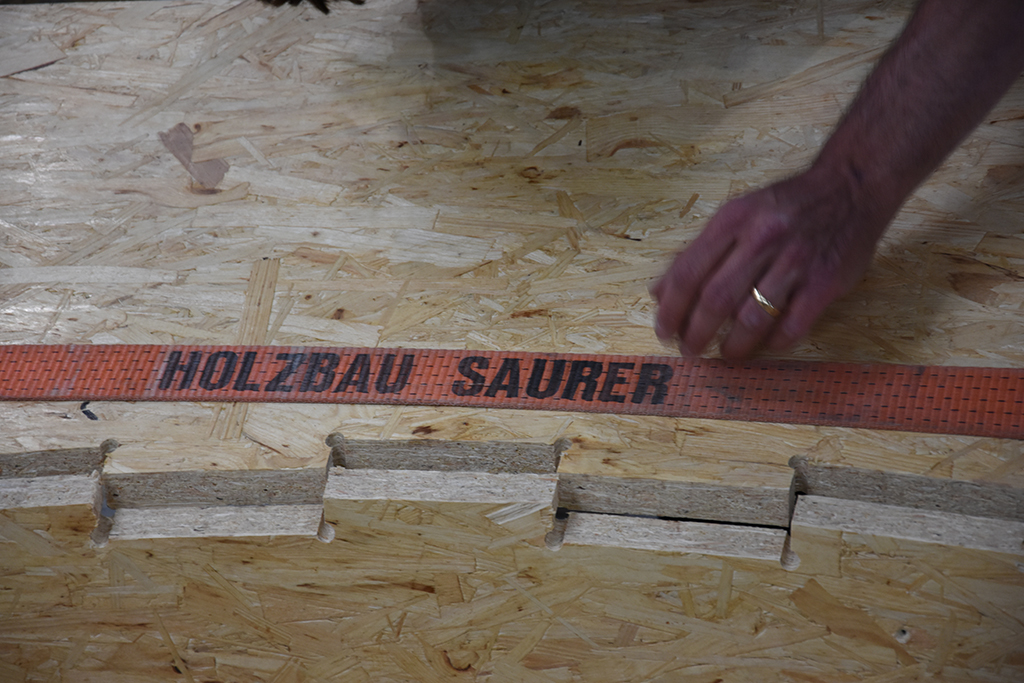 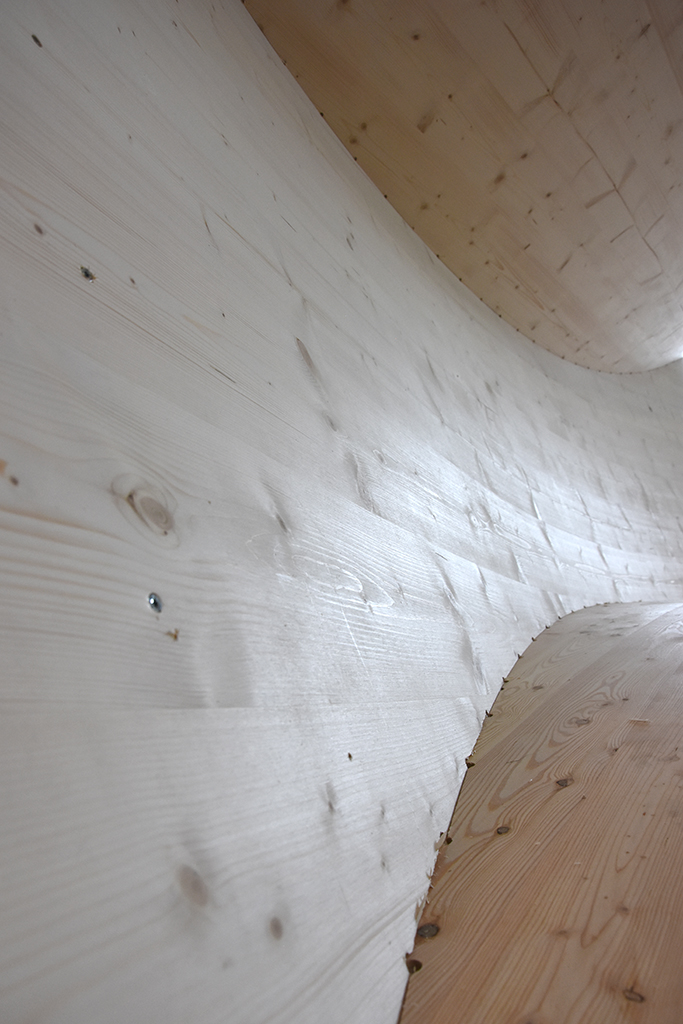 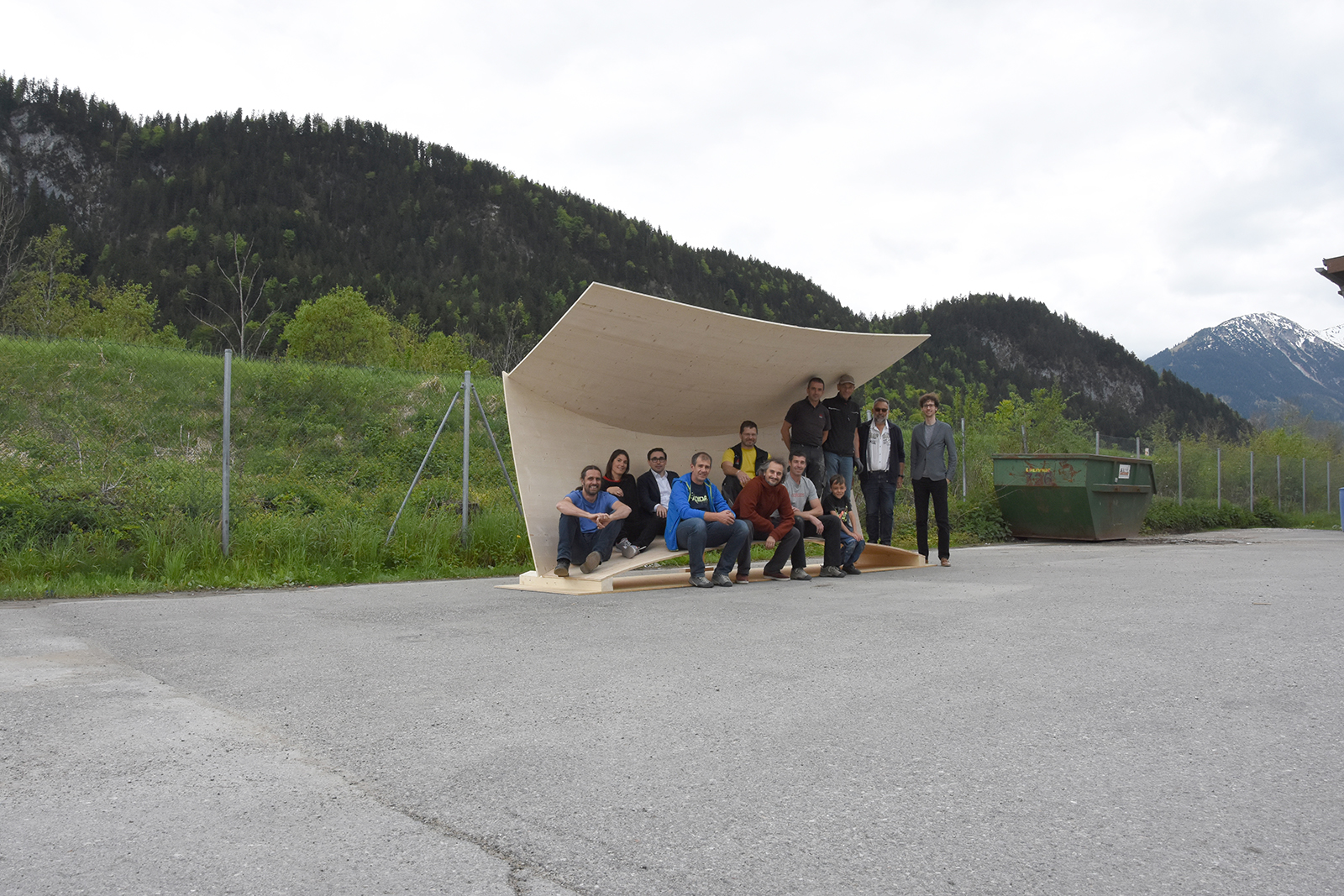